As the saying goes: Good things take time. Ginger beer, as my folks used to make, involved a mysterious "bug" that sat on the kitchen bench and needed to be fed every day. It bubbled away, sending out little lava explosions of ginger now and then that could entertain a bored child for longer than you'd expect.

The liquid was drained off it once a week and mixed with sugar, water and lemon juice, then poured into glass bottles and capped with a cruel-looking clampy thing. The bottles went into wooden crates, then into a cool place under the house, accessed by the trap-door in the wardrobe floor (true story), in the bedroom that my sister and I shared. Dad would go and fish out a few bottles as required, and it was the best ginger beer you ever tasted. Dry and spicy and the perfect drink to quench a summer thirst.

The problem was, that summer under the house, it wasn't quite as cool as you'd think, and one night the ginger beer went off like BOMBS. My sister and I were petrified, and the remaining bottles were "gingerly" removed by Dad. So ended my childhood memories of ginger beer.

Some years ago, my sister and I decided to have a stall together to use the mass of lemons we both had. We were thinking about what to sell when we hit upon the idea of selling the ginger beer recipe with all the ingredients needed to make the cherished drink of our childhood memories. So the Old Fashioned Ginger Beer Bug Kit was born. We measured our ingredients, downsized the recipe to fit in a preserving jar, and did some trial runs. The taste was a trip down memory lane, and unsurprisingly the debut of this product at the Ngatimoti fair in early 2008 was a runaway success. The Country Trading Co. store was founded later the same year, and the Old Fashioned Ginger Beer Bug was one of the first products.

The rest, as they say, is history, and in the following eight years, we sold thousands of these little jars of nostalgia. We sold that many of them that I often wondered if spice traders in NZ wondered why the demand for ground ginger suddenly spiked.

But all good things come to an end, and eventually, we decided to retire the Ginger Beer Bug. Now the Country Trading Co. Old Fashioned Ginger Beer Bug recipe is yours to enjoy. We had a lot of fun from it, and I hope you will too. While you're here - take a look at our other great products for your plastic free natural kitchen. The first time you make this recipe you need to build up the strength in your bug so do the first week twice before you start bottling. After the first week you can harvest the ginger concentrate for bottling every week. 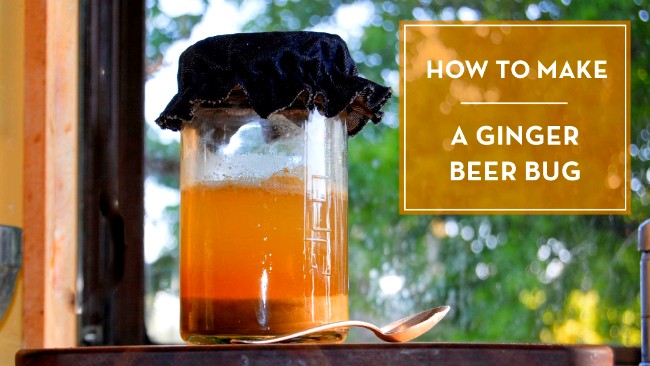 Brewing from an Existing Bug - 1 Week

Learn what we're cooking up. Make and grow great food with us.

Learn to make and grow great food with us.

By clicking enter you are verifying that you are old enough to consume alcohol.

Your cart is currently empty.